When In Doubt, Belt It Out 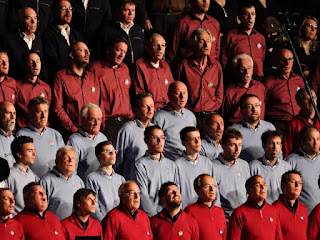 When a politician says “nucular” for nuclear, people will judge him for it but may decide that perfect pronunciation is not the main issue at stake. For an interpreter it’s more of a faux pas — more easily forgiven the more “exotic” (i.e., scarce on the market) the interpreter’s language combination, but still a sign of something amiss.

Pronunciation issues get interesting when you add a few extra ingredients. For instance, when speaking English names in Spanish, you have to adjust for Spanish pronunciation. The Fab Four lose their schwa and become “los BEE­tehls”, and the Rolling Stones become “los ROH­leengs”, with a trilled r sound, of course, and an i that sounds like “ee”; stick to English pronunciation and you risk sounding precious or pretentious. Conversely, Spanish-sounding renditions of Spanish place-­names could make them hard to recognize to the monolingual English speaker (for instance, “KAH­deeth” instead of “kuh­DEEZ”for Cádiz). On the other hand, sometimes there’s just no getting them right (it took me a long time to learn that “loss FEE­liss” was the correct English pronunciation of Los Feliz, but apparently local English speakers now tend to say “Los feh­LEES”). Let’s just say my interpreting glossaries include plenty of pronunciation reminders.

Language learning is contributing to shifting standards as learners strive to get closer to the original, though they often far short of the mark (here’s a sample of less-­than-­ideal guidance for Spanish speakers who want to sing in English:
http://pronunciaciondecancionesingles.blogspot.com/2016/02/hello-adele.html
And the interpreter needs to be aware of the shifts. Even if you’re not part of the music scene, when interpreting into Iberian Spanish you’d better know “DJ” is not spelled out in Spanish “DEH KHO­ta” (with the Spanish guttural kh sound), but pronounced “dee­YAY” or “dee­JAY” (with a French-­style j sound), and even occasionally “DEE­jay”.

Then there’s singing. Interpreters are not usually required to sing in the booth, although a colleague told me that she used to sing “The Internationale” in Spanish when interpreting for the Socialist International (and this was most emphatically not a case of shared ideology!).

Occasionally, us polyglots who sing with others are required to help out with “correct” pronunciation of the languages we speak well. There are typos to watch out for and fix, but sometimes nonstandard phrasing will throw you for a loop (when rehearsing Enya’s “May It Be”, we overcorrected “May it be you journey on to light the day” to “May it be your journey on to light the day”). We also need to deal with dialects and their myriad nuances. After trying to fake Received Pronunciation in order to provide a suitable model for John Dowland’s “Say, Love, if ever thou did’st find”, I had lots of fun insisting that my fellow singers stick to Spanish (or, at most, Catalan) vowels and consonants when belting out “I like to live in America". Someday, we may manage to persuade Barcelona gospel choirs that, if a chariot’s a-­comin’, “good news” should be neither “neeOOZE” nor, worse, “NEEEooz”. And then you have special pronunciation just for singing: listen to any German singing lieder after learning spoken German, and you will notice trills that depart from standard speech. Singing and listening to songs really is a great way to rehearse vocabulary, syntax and pronunciation when you’re learning a language, but these are pitfalls to beware of.

In these meandering thoughts about pronunciation issues encountered as an interpreter, I come at last to Latin. Here’s some very basic guidance: http://www.covingtoninnovations.com/mc/latinpro.pdf. Latin phrases and words come up in science and in singing, in legal contexts and in lay talk — and the correct pronunciation varies according to the context. If you’re singing in Latin, there’s a very good chance you should go for the Ecclesiastical or Italianate pronunciation: most of the repertoire is church music composed for Catholic ears. But some might disagree:
http://www.linguism.co.uk/language/latin-for-choirs. May I note how hard it is for someone who speaks English, Catalan, English, French and Italian to avoid voicing the s sound in paradiso and dolorosa? For once, the Spanish monolinguals get it right.

When dealing with the scientific names of species, I find that trying to sound out the words phonetically (as if such a thing existed in English!) is my best shot at saying it the way native English-­speaking scientists would say it. But legal Latin in English is my biggest challenge, and I’m always looking for good guidance there. I will close with some excellent advice I found online:


In a way, it might be more correct to pronounce legal Latin according to [either classical or ecclesiastical] rules, and some lawyers do so. But it is more common and therefore correct to speak technical legal French and Latin words, especially the latter, as if they were English, e.g. “fiery fayshes” for fieri facias. Current pronunciation by lawyers should be followed, and Black's Law Dictionary shows what that is. When in doubt, speak boldly.