An Uplifting Example of Community Interpreting 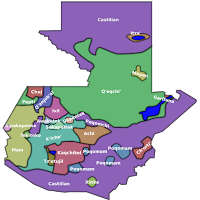 As a result of the COVID 19 pandemic, many of us conference interpreters, with the sudden collapse of the congress and events industry, are facing massive disruption to our professional lives, to a degree never experienced before.

Let’s face it, up to now many established interpreters, without rolling in luxury, have led reasonably comfortable lifestyles, thanks to the skills which we have fine-tuned over the years, after a lengthy and frequently stressful training process, followed by the challenges of getting a foothold onto the market. Now many colleagues are understandably concerned, and worried at the prospect at losing their main source of income overnight, while bills still have to be paid. We are a resourceful bunch, so we look to emergency solutions such as Home-Based Remote Simultaneous Interpreting (HBRSI for short), and yet we feel a sense of uncertainty and even dread, with the gloomy suspicion that the relatively secure working conditions we enjoyed before the coronavirus started spreading may become a thing of the past.

But we need to keep a sense of proportion. In the overall interpreting community, with all its different modalities, we conference interpreters are at the top of the pyramid, while there are many other practitioners who work throughout the world as interpreters in the community, in hospitals and health centres, in police stations and the law courts, or even attached to military forces in areas of conflict [my colleague Edwina Mumbru wrote about the latter at length in an earlier post]; their conditions of employment and remuneration are often woefully inadequate, with little or no job security, and they are prone to exploitation by unscrupulous intermediaries or agencies. Frequently they lack proper training of any kind and have to pick up the basic skills “on-the-job” (though I understand that there are specific training programmes for them at some bona-fide interpreting faculties, which hopefully will contribute to dignify their work).

Many – not all – conference interpreters often look down at them with a certain smugness, when not seeing them as potentially unfair competition (sometimes with reason, it should be said!). At best they tend to be ignored – and there is a school of thought that holds that they work in a completely different profession from ours, with nothing in common. Yet at the end of the day they are involved in what is also an essential part of our activity: linguistic mediation. And as such, they deserve our recognition and respect, in particular as they often work in very difficult, risky and challenging conditions.

I started to reflect on the above after reading an article about a remarkable initiative which was started about three years ago in the United States by two Central American women activists, working with migrant aid organisations, after hearing stories of indigenous Guatemalans who, under detention for long periods of time, were unable to communicate. These people – mainly women – were migrants or asylum seekers from rural areas and spoke no Spanish, only their native Mayan languages, and could not express their most basic and pressing needs. While most immigration lawyers and many US Border Patrol officers speak Spanish as well as English, the many different indigenous languages found across Latin America are overlooked by US authorities.

The activists, who had experience as community interpreters began to assemble a group of women across Guatemala who as well as Spanish speak an indigenous language. Between them, they cover 20 Maya languages and dialects spoken in Guatemala (see the map above) and neighbouring Mexico and Honduras.

The group, after some basic training by the activists, assisted by volunteers, began offering over-the-phone interpretation from their homes in Guatemala for women in the detention centres in the US, but as President Trump adopted his "zero tolerance" policy and rolled out increasingly stringent rules for the detention of migrants, they soon expanded to help children and men as well.

The project, known as PROMOTORAS DE LIBERACIÓN MIGRANTE (“Promoters of Migrant Liberation”) today has over 110 interpreters from rural communities right across Guatemala, who take calls from three different detention centres in Pennsylvania and Texas.

Though it is not explained in the article, one imagines there are three-way calls linking the interpreter in Guatemala, the detainees and the inmigration and asylum lawyers or even US officers. There are three phases where the interpreters intervene – upon detention, as the asylum cases are being prepared by lawyers, and finally when migrants leave detention. One of the activists says of the detainees that hearing their language spoken after many months in detention can very quickly create an extremely strong bond of trust between the migrants and the interpreter; not surprisingly as the detention centres can be alienating, lonely and frightening places for those who speak neither Spanish nor English.

In these phone calls, the interpreters often act as voices from home in the midst of fear and confusion. One of them recalled talking to a Quiché-speaking woman who was in detention with her baby and who could not tell anyone for weeks that her son was sick. The interpreters do not know the identity of the detainee whom they are speaking to, but a strong sense of empathy and an urge to help out develops.

An inmigration lawyer based in Arizona stated that on-site interpreting facilities in lawcourts and detention centres are totally insufficient, even more so since there has been a surge of migrant and refuge seekers from Central America in recent years – in 2019 a staggering half a million people fled their homes due to a spike of violence in the region. The same lawyer said that up to 15% of the migrants /refugees he works with only speak their indigenous language, mainly Mam or Quiché. Most are from Guatemala, a country where nearly half of the population is indigenous.

In his view, for many of these people an interpreter and therefore the ability to inform about their predicament, including credible fear or previous cases of torture or political persecution, could in some cases mean the difference between life and death. In any case the lack of an interpreter means the cards are stacked against the migrants in the intricate US inmigration court system, where there are huge delays and backlogs, and could lead to prolonged detention time – and right now with the COVID 19 pandemic there is an increased risk of contagion in detention centres where reports have shown that there is an inadequate supply of protective equipment.

The organizers of PROMOTORAS DE LIBERACIÓN MIGRANTE hope to increase the numbers of interpreters and the range of languages plus the number of detention centres in the US they can reach so as to contribute to cutting back the waiting times, and hopefully to ensuring postive outcomes for the cases of migrants and refugees in their legitimate attempts to ensure a better life for themselves and their families. But above all, as one of the interpreters revealed, it is a question of empowering and returning a sense of dignity to the migrants and refugees facing a hostile foreign system – whether or not their requests for settlement or asylum in the USA are granted. As she says: “We’re giving them hope to continue fighting in their languages, from their system of beliefs, their way of thinking and understanding the world”.

The above is to me an uplifting story, necessary in these strange times, and it bears out that our profession – in its widest definition – on occasions can provide hope and help to vulnerable people in their hour of need.
at 13:19 No comments: