Musings on language and post-Covid communication 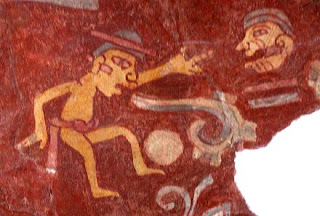 Where did language come from?

There is endless speculation on how humans developed language. Do an internet search on the origins of language and dive into any of the rabbit holes that turn up. Most modern theories are based on the idea that it followed some sort of evolutionary path, starting with physical adaptations in humans that made language possible. Divine origin was even in vogue at one time.

This line of thought asserts that language began when humans started using sounds (some folks call them grunts) to indicate objects around them, sometimes associating the sounds with gestures. From there it followed an evolutionary path that wound through various fanciful ideas and speculations.

But for some thinkers this wasn’t a satisfactory explanation for how we got from grunts and gestures to the abstractions that modern languages deal in.

As English philosopher and philologist Owen Barfield explained in 1977, the evolutionary approach is based on an assumption dating from the 18th century that primitive humans were mindless animals incapable of understanding immaterial and abstract concepts, an idea later made more concrete by Darwin in his theory of evolution. In other words, said Barfield, the evolutionary model is based on the idea that “the first words uttered by primitive man must have been mere signs for the physical objects and events by which he was surrounded”, and that other types of meaning in language “could only have been imported by using those simple signs later on as metaphors” or using these signs to express some immaterial content of which humans were “in some mysterious way beginning to become aware”.

There is another approach, known as the Romantic theory, which Barfield supported.

According to an essay written by psychotherapist, writer, philosopher and philologist Mark Vernon, Barfield was convinced that that “Words have soul. They possess a vitality that mirrors the inner life of the world”. He felt that the first words of humans did not refer solely to things nor were they mere symbols. “They always seem to have had both physical and inner meanings,” he asserted, because early humans had a different view of nature than we have today.

Barfield was building on the ideas of people who went before him, such as John Locke, Ralph Waldo Emerson, Max Müller, Anatole France, Jeremy Bentham, among others. Bentham held that there was what he called an “immaterial vocabulary”, which included material meanings, “which were then extended by metaphor”.

In other words, the evolutionists got it backward.

This entire debate is interestingly and lengthily set out in Mark Vernon’s essay.

What the post-Covid world is looking like: The “new normal”

Now that we know(?) where language came from, where might it be going in the post-Covid era?

The “new normal” in the world of conference interpreting means remote/distance interpreting. Remote interpreting has been with us for many years but has now taken on a new meaning and is quite different from what it was in the past. 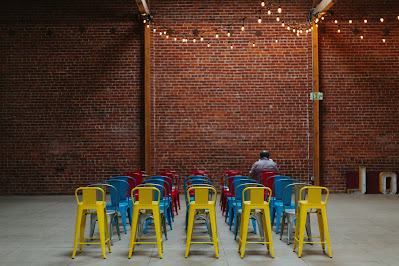 Photo by Kyle Glenn on Unsplash

Simultaneous interpretation is a complex process involving more than language skills and technique, which we won’t go into here. There are other factors that interpreters rely on when they listen to a message in one language and convey it to their audience in another, such as body language of speakers, a good view of projection screens and activity in the conference room, good sound quality, booths that meet ISO standards, on-site sound technicians and more.

All of these factors have been turned upside down in post-Covid times. In the past remote interpreting meant that everybody was present in the conference room except the interpreters, who were placed in a separate room at some distance from their audience which was visible only on a closed-circuit monitor, if at all. But at least the team was together.

Now everybody is scattered hither and yon and all communication relies on the internet. Many of the resulting issues can be resolved by technological improvements, but the cognitive load on interpreters has increased enormously. Coordinating with fellow team members by chat. Managing the features of the platform or software we are using. Doing it all while interpreting.

And the all-important visual cues are no longer available to us in the same way as with on-site interpreting or perhaps not at all. So how do we manage this? We are in a time of transition and perhaps learning how to use language differently in a world of remote communication.

Can we go deeper into the subtleties of language to find ways of picking up body language, so to speak, through a speaker's voice? In other words, using sound cues rather than visual. Can we learn to see the clues usually given to us by body language in facial expressions alone? In a speaker’s eyes?

How can we use other senses to pick up clues about what is happening in a conference setting when all we have are views of individual faces? Sometimes partially covered by masks. If we want a wider view of the room we need a second screen — or more.

Are we entering a new stage in the development of language? In the post-Covid world and our reliance on remote communication, we have lost our traditional references to many of the visual cues that have traditionally been so important to us.

This is also the great stumbling block of using artificial intelligence for translation and interpretation, which has advanced beyond the early dictionary-only approach but still hasn’t found a way to interpret body language via words. Human communication is full of subtleties, both verbal and physical. Political discourse, to give one example, is a minefield of linguistic subtleties that an interpreter must navigate. How can AI handle this? But that's a different story.

Change is complicated. Ideally, in the not-too-distant future we will be able to return to in-person simultaneous interpreting, although most likely remote interpreting will still be with us.

AIIC has information and guidelines for distance interpreting which can be found here (scroll down to the section on Remote Interpreting): https://aiic.org/site/world/about/profession/guidelines

Here’s an interesting interview with a linguist who was called in as a consultant for a science fiction film, “Arrival”. An important aspect of the film was how the characters attempted to communicate with the extraterrestrials — in other words, learn their language. It gives us a good idea of the subtleties involved in languages that people are often unaware of.